The Flip Side of the Prior Traverse Rule

Because we successfully handle a lot of premises liability cases, we frequently get opportunities to review cases with unusual liability arguments.  We recently had the chance to analyze a case with a unique application of the “prior traverse” rule- a legal principle that typically works against plaintiffs in premises liability cases.  In this instance, however, we were able to use the rule to our advantage and overcome the defense’s argument at the summary judgment stage. 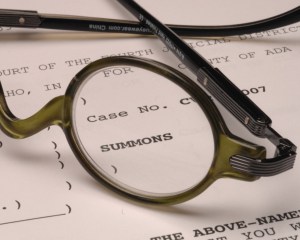 Premises liability is all about the knowledge of the landowner and the injured party.  If the landowner has knowledge of a hazard but fails to warn you or correct the hazard, then you likely have a case.  If the injured party is deemed to have equal knowledge of the hazard, however, the case is dead in the water.  The “prior traverse” rule essentially means that if you have previously walked over the area of a hazard or know about the conditions in the area in which you later suffer an injury, then you are deemed to have equal knowledge.

This particular case involved a head injury in front of a grocery store. The injured party had walked across the sidewalk in front of the store several times without incident prior to the event of her injury.  Between her third and fourth trip across this same path, however, a worker who had been doing some improvements to the facing of the building above the grocery store doors lowered the ladder of a bucket truck so that he could safely return to the ground.  Unfortunately, because he left the ladder in the lowered position after exiting the bucket, the frame of the ladder was poised directly at eye level across the length of the sidewalk, perpendicular to plaintiff’s intended path. While walking back to her vehicle in the parking lot, the plaintiff struck her head on the ladder and suffered a severe concussion.

We argued to the trial court that because the plaintiff had successfully navigated this exact stretch of sidewalk three times in the moments leading up to her injury without incident, she should have had every reasonable expectation that the same pathway would be free of hazards.  Her knowledge of the sidewalk had proved it to be a safe place to walk, thus, the court could not find as a matter of law that she had equal knowledge of the hazard.  It was only because of the negligence of the store employee leaving the ladder in an unsafe position that she suffered these injuries, and any questions regarding her ability to avoid the hazard were factual determinations for the jury to make in evaluating any questions of comparative negligence.

The trial judge agreed with our argument that the inverse of the prior traverse rule required a denial of defendant’s motion for summary judgment.