Going to Trial Against Your Own Insurance Company

To finish our series of posts on handling UM claims, we’ll look at a few unique issues related to taking these cases all the way to trial.  First of all, the plaintiff has the burden to prove the existence of the UM policy, the amount of the policy, and the fact that the tortfeasor is uninsured.  Often times, this can be agreed upon by a stipulation with opposing counsel prior to trial. 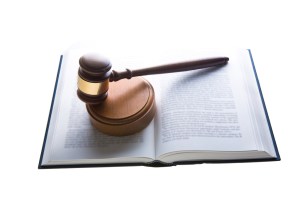 Once jury selection is under way, the prudent trial lawyer will want to explain the nature of UM coverage to the jury if the UM carrier has elected to defend the case in its own name.  This will inject insurance directly into the case and can work to the injured plaintiff’s advantage.  People don’t like insurance companies in general, especially if the jury senses that the company is treating its loyal policyholder like dirt.

On direct examination, the plaintiff should explain how long he’s been a customer of ABC Insurance Company, why he paid for UM coverage, and how much he’s paid in premiums over the years.  Jurors won’t appreciate the fact that Mr. John Q. Policyholder has dutifully paid his premiums for 30 years, but the one time he actually needs to file a claim, his company has decided to fight him every step of the way.

In closing argument, the plaintiff’s attorney has wide latitude to hammer the conduct of the insurance company in failing to uphold their end of the bargain.  Normally, a jury would never get to hear any of this information about the insurance involved in the case or the details of the insurance policy and premiums, and the experienced injury lawyer will take full advantage of the opportunity to point the finger at the evil insurance company rather than the remorseful individual defendant with no money who would normally be sitting at counsel table alone.