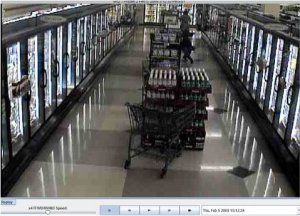 les more premises liability cases than most other personal injury firms. Premises cases refer to injuries that occur on someone else’s property. These cases are generally more challenging than your standard automobile collision case for the simple fact that an incidence of injury on someone’s land does not necessarily mean that the property owner was negligent.

If we get through these hurdles, then we may have a valid claim under Georgia Law.

The biggest fight in premises cases is the landowner’s liability, and that fight centers on the question of knowledge- did the landowner know of a hazard but failed to warn people coming onto the property? Should the landowner have known about a dangerous condition or discovered that dangerous condition through routine, regular inspections? Was the incidence of injury foreseeable to the landowner based on previous occurrences? These are the kinds of questions lawyers focus on in trying to hold property owner’s liable for injuries that occur on their land.

The 2002 Georgia Court of Appeals decision in Wade v. Findlay Management, Inc. does a nice job of analyzing these concepts in the context of a negligent or inadequate security case. In this case, Derick Wade sued the operator of a McDonald’s in Douglasville, GA, claiming that the store and its management failed to protect him from an assault that occurred on their restaurant property. As with any premises case, this decision was very fact specific. On the date of the incident in question, the McDonald’s manager had asked several boys to leave the premises after there had been complaints of them bothering smaller children near the playground area adjacent to the building. As these boys were walking away, they attacked Mr. Wade as he approached the restaurant and playground, yelling at him and kicking him while he lay on the ground. One of the assistant managers screamed at the attackers after seeing the attack, causing them to flee.

The Court found that if the proprietor (McDonald’s) has reason to anticipate a criminal act, then he or she has a duty to exercise ordinary care to guard its customers from injury at the hands of dangerous characters. The Court also found that based on the fact that a prior attack has occurred on the same property in a similar fashion, the attack in question was foreseeable to the restaurant. However, a prior attack was not necessarily required to prove that the landowners should have foreseen a potential attack. In the circumstances of this case, the Court found that a jury question existed on the issue of whether the McDonald’s could have foreseen the attack based solely on the conduct of the boys messing with the smaller children on the playground before they were asked to leave. In addition, the fact that the management did nothing to stop the attack other than yell at the perpetrators from inside the restaurant gave rise to a jury question on whether the premises owner was exercising ordinary care in protecting its customers from harm. Based on these facts, the Court allowed this case to be heard by a jury.

If you or a loved one has been attacked on someone else’s property, the landowner may have breached its duty to keep you safe. These cases are highly fact specific, so you need to consult a knowledgeable premises liability attorney to discuss the case and advise you of your rights.